Billionaire Warren Buffet, the 4th Richest Man on Earth, has remained patient and upbeat despite the current crisis brought about by the COVID-19 pandemic. While he himself has nothing to worry about when it comes to money, his company Berkshire Hathaway had already lost almost $50 Billion during the first quarter of 2020. Unperturbed, the “Oracle of Omaha” still walks with a smile and that twinkle in his eye as if he knows something no one else does. In fact, by the first week of August, his firm had already recovered and posted a profit of $26.4 Billion.

When it comes to portfolio investment management, Berkshire Hathaway has an enviable list of holdings to include Coca Cola, American Express, Apple, Amazon, and Procter & Gamble, to name a few. With a net worth of at least $80 Billion, Buffet seems to keep getting better at the investment game even at the ripe age of 89 years old. What is his secret to finance and business success? Here are a few principles and beliefs that the Oracle of Omaha has applied to his life and business since he began doing business in 1956:

During a recent investors’ meeting to address concerns about the pandemic and the future of business, Buffet has been quoted saying: “Never bet against America.” Even when political commentators and a some finance analysts have been trumpeting about the so-called end of Pax Americana and the “death of the American Dream”, Buffet still continues to have faith in the country that has given him fame and fortune. He is known to be a realistic optimist who diligently studies charts and graphs to gather data and analyze information needed for business decision-making. He never takes anything lightly, insisting on careful study and calculated risk which are hallmarks of a master investor. Yet, despite the pressures of performing well to benefit thousands of shareholders, he still manages to remain confident and expects the tides of business to turn eventually. His many years of working and leading in the investment world has taught him about the ebb and flow of business and finance. For that reason, he can be factually realistic based on lessons learned from history, and, at the same time, optimistic because of all the successful comebacks he has achieved in a decades-long career.

Learn to Wait, Timing is Everything

The octogenarian, like a real-life Jedi Master, preaches the importance of waiting. One would imagine someone of his age to be in a rush to post a few more accomplishments before the curtain falls, as it were. The Oracle of Omaha refuses to rush into anything, especially when it comes to millions of dollars worth of stock investments. Like the cliche, he believes that investing is a patient man’s game and that timing is everything. Sometimes, the markets tumble, yet he still chooses to hold on to certain stocks. He has a high degree of assurance about stock rebounds, something he has seen over and over again. On holding on to stock, he once said that: “If an investor is not confident in holding on to a stock for ten years, he should not hold it for even ten minutes.”

Acknowledge Mistakes and Learn from Them

While he knows how to be patient, Buffet also knows when a mistake has been made and when it is time to move on. Last April, he ordered the sale of his company’s stakes in the four largest passenger aircraft companies in the US which are American Airlines, Delta Airlines, Southwest Airlines, and United Airlines. When the pandemic hit the US early this year, he quickly recognized its impact on local and international travel and the subsequent changes to profitability in that industry. Quick action prevented a potential major loss since his investments in the four airlines had a total of at least $7 Billion.

The folksy Billionaire also practices the traditional belief in valuing quality over quantity. He does not believe in acquiring cheaply priced companies that have little potential to recover and rake in more profits for his company and its shareholders. He would rather wait and continue looking for good investments, no matter how long it takes. During the 2008 Global Financial Crisis, many companies fell and were being sold at very low rates, but he chose none of them. He still placed his bets on companies with history such as General Electric and Goldman Sachs, ready as ever to wait for his investments to grow over time.

Indeed, Buffet is one of the most fascinating business personalities and investment icons of all time. He still continues to share lessons that any investor can study and replicate. To look and learn at how Buffet makes choices and decisions is like getting multiple MBA’s and PhD’s in finance and investment. Those who want to win in investing and in life will do well to follow the Oracle’s journey during times of crisis and financial boom. 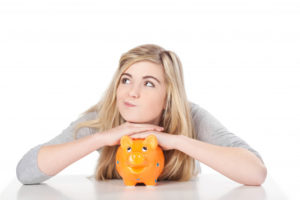 Work Smart, Not Hard: Ways to Boost Your Income Without Overworking 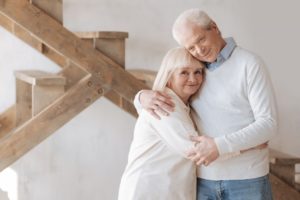