As a child, I had a vague notion that to be wealthy, I should become an investor. I’d hear this word, along with others like stocks, bonds, and funds, in television, movies, and overheard conversations between adults. I knew early on that investments are important for financial security.

What I didn’t know was when, where, and how to start. Among these three questions, the most important was the answer for when. It would have led me into the investment world sooner, and I would have learned about compound rates, passive incomes, and the stock market earlier.

Below are the five facts about investing I now share, especially to young adults who want to achieve financial security as early as their 30’s.

The Earlier You Start, the Better My mental image of adults being investors was my first mistake. Had I entertained the idea that it’s possible to become a young investor, I might have worked harder at earning a capital and building a portfolio as a young adult.

I wish I knew then that investing should start as early as possible. Over a decade ago, investing is not a conversation starter, nor was it as widely discussed over the Internet. It’s different now, so I believe many young adults today know they should invest as soon as they can. There’s just one problem: most young adults don’t think they can afford to invest just yet. A peek at the latest data from the US Census on the median earnings for Americans explains why:

With these incomes, it’s easy to see why young people think they only earn enough for rent, food, and leisure.

But here’s another fact I wish I had realized early on: even if you start small, investing early will give you higher returns than if you invest with bigger amounts later on. This is thanks to compounding interest or interest earned on interest. To put things into perspective, here’s an example:

Person A has the advantage because he invested five years earlier than Person B. Notice that even though Person B invested a bigger amount, he still got a smaller return. As his investment had lesser time to mature, he would have to wait at least one more year before his earnings match Person A’s.

Whatever money you have today, it can be worth more if you maximize its earning potential. Any interest you could have earned but did not (because you didn’t invest early) is money you lost.

Long Term is Where the Money’s At

It’s disappointing how some people refuse to invest because they find the concept of 10 to 30-year maturities is absurd. Many young people who earn less than $40k a year have the same attitude. With limited funds, they want every penny to count. They’d ask, “Why shell out money each month for returns that won’t surface until 10, 15, even 30 years later when you can use the amount to pay rent or reduce your student loans?”

If you have the same train of thought, I don’t blame you. However, neglecting long-term goals in favor of short-term needs have long-lasting repercussions. If you don’t invest, you’d miss out on passive earnings year after year. You’ll find yourself in the same financial standing 10, 15, even 30 years later. Investments are securities for retirement. While some investment funds only need five to ten years to mature, most investments yield returns just in time for retirement.

On that note, here’s a piece of advice: Look into insurance plans with investment portfolios when you land your first job. It doesn’t have to be a costly, comprehensive insurance. What’s important is you build financial wealth early so your long-term benefits won’t be too far off in the future.

You can begin with:

Be patient and regard your monthly retirement allocation as a basic necessity alongside food, rent, savings, transportation, and insurance. Cash may be tight within the first few months, but eventually, setting something aside for investment will be second nature. It won’t feel like a burden in the long run.

You’re Never Too Young for the Stock Market At what age should you start investing? In my opinion, the moment you ask this question is the time to start. It doesn’t matter if you’re a teenager or in your early 20’s; If you’re already in your 30’s, the best time to start was yesterday.

Consider these teenagers from New Jersey and Toronto, both of whom invested early and studied the stock market to boot.

Connor Bruggerman rose to fame in the trading community when The Verge published the story of how the then 16-year-old turned a $9,700 investment into a $340,000 fund while he was still in high school. As his classmates did homework and gossiped during Homeroom, he secretly traded stocks on his iPhone under his desk. Today, he teaches strategies on day trading and swing trading through Connor Alerts, a premium teaching service in Profitly.

Brandon Fleisher is another teenage stockbroker who became famous after CNN published a feature about his success in the stock market. It all started when his 8th grade Math teacher asked the class to choose a stock and follow its performance on the market. He then practiced with fake stocks at Marketwatch.com, getting so good at it that his parents and gave him the $48,000 of their savings to invest. In just two years, he grew that sum to $147,000.

Trading may differ from investing, but both share the same roots. Most traders are investors themselves, except they seek a 10-15% monthly return instead of a much lesser annual return. They don’t rely on compounding interest alone but also on profits from buying and selling stocks. They have a more direct hand at managing their investments instead of leaving them all to fund managers.

Not all investors become traders, but it is a logical path. People want to be in control of their money after all.

Franklin Parker, the 2017 Winner of the National Association of Active Investment Managers (NAAIM) Founder’s Award, offered some helpful insight about risks on a question in Quora. He said that in the financial world, risk equals reward. Its meaning isn’t literal, however. Not all investment ventures produce gains, nor do all risks generate the same amount of returns. And yet, the core of investing remains the same: there are no rewards without risks.

Avoiding risks keeps your money untouched, but doing so doesn’t protect you from economic downturns. Factor in inflation rates and the value of your stagnant money declines further.
Taking risks and investing enables you to earn passive income and build a financial safety net. As Franklin Parker said, cash has many uses but none of them includes maintaining your wealth. To increase your money’s value, you need to take smart risks and invest.

Finally, one more lesson I wish I knew earlier was that investing is personal. There’s no such thing as “the best portfolio.” What works for one investor may not apply to another.

For instance, a wealthy investor with a degree in finance can manage a diverse investment portfolio with six-figure accounts. A young man on his first job won’t fare as well in the investor’s shoes. He’s better off with a diverse collection of low-cost, low-risk index funds.

The ideal investment portfolio fits your resources, tax bracket, temperament, knowledge, and the time you can commit to overseeing your funds. Take notes from other successful investors, but don’t make it your goal to replicate their portfolios.

Nothing is certain in investing. All you can do is start early so you can learn early, manage risks, and make smart decisions. Take these tips to heart and make headway into growing your personal financial wealth. 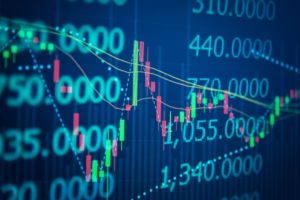 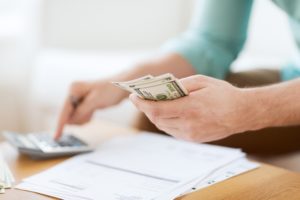